Semi-Intensive English
for 2 weeks
17 Mar 2023 — is a public holiday at school, classes are not held

You save when booking on Linguatrip

Learn English in the Theme Park Capital of the World

Welcome to Orlando, Florida, “The Theme Park Capital of the World”. In this vibrant city you can find such parks as Walt Disney World, Universal Orlando, SeaWorld and many others.

Study at OHLA in Orlando while experiencing:

• world famous attractions such as Disney World, Universal Studios, Islands of Adventure and much more;

• a Gastronomy unlike any other city in the United States. From houses of indulgence and contemporary classics to down-to-earth ethnic old-timers;

• a shopper’s paradise, Orlando boasts a multitude of shopping options, from bargain souvenirs to high-priced designer goods. Malls and countless outlets make Orlando the shopping capital of the world;

• Orlando International Airport is the second busiest airport in Florida welcoming international flights from around the world.

OHLA School in Orlando is located in the Metro West area, in the heart of the city. Metro West is one of Orlando's best areas for living in terms of environment and comfort.

This Semi-Intensive program runs Monday to Friday 9:00 to 12:45 for a total of 20 ESL lessons per week. 3 times per week from 13:00 to 14:00, students can join our FREE Conversation Club, which provides an excellent opportunity for further immersion in English outside the classroom. It also provide students a chance to practice the newly acquired language skills with native English speakers while getting to know their classmates.

B1-B2 visa will be enough for this course.

This program offers a vast array of complementary courses that vary throughout the year depending on the needs of students.

This program is specially designed for those students who want to fast track their English studies, and prepare for their University linguistic entrance exam. The course starts every 2 weeks.

Usually check in two days before the start of the course, and check out on the day of graduation. You can change the dates in your account.

The school must confirm the availability of your chosen accommodation.

If the selected housing is not available for your dates, the school will offer another accommodation option for you to consider. 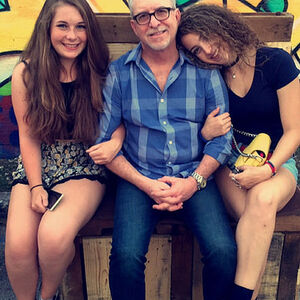 At Open Hearts Language Academy, you can consider homestay accommodation. It is cost-effective, and gives student the chance to practice his/her language skills in an informal setting. It also offers a first-hand glimpse into a new way of life. Open Hearts inspects all homes and carefully selects the homestay families admitted into the program. The Accommodation Coordinator works to match each student’s request with an appropriate host. The Homestay Features: • placement with a carefully selected host family where English and Spanish are spoken; • single or shared rooms upon request; • half-board (breakfast and evening meal); • within 45 to 90 minutes to the school by public transportatioт; • nice and friendly families; • multicultural exchange.

What you need to book a course

Pay a deposit to reserve your spot

You have three days to cancel your booking with no fees if case you change your mind.